Esports and its Meteoric Rise

The crowd of 17,000 leaps to its feet, as commentators strain their voices describing the last flurry of action. Thundering cheers and celebration erupt from the crowd, as the team embraces in their sound-proof booth. Confetti rains down from above as fireworks explode around the stage. This is what it’s all about. Competing at the highest level and emerging victorious. 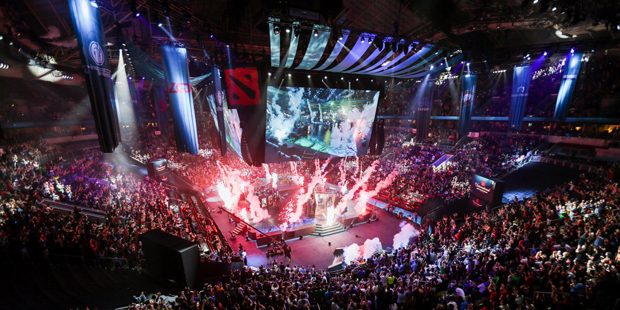 The International is an annual esports tournament held for Valve’s computer game: DOTA 2. This isn’t just any video game tournament. This is the largest and most prestigious of all esports tournaments; with 16 teams (consisting of five players) competing for a staggering prize pool of almost $25 million. The top team of this year’s tournament Team Liquid, took home the trophy and $10.8 million in prize money. Watched by fans who packed Key Arena in Seattle over six days and online by 11 million at its peak, esports has become an extremely profitable and popular profession.

Just this past summer, the Olympic Committee for the 2024 Paris Olympic Games call forth representatives from the esports industry. The purpose was to discuss the possibility of its inclusion into the games and what it would look like in the Olympics. But before you roll your eyes, let’s look at the stats for the popular games streaming service Twitch. Over 2016, Twitch saw 2.2 million unique streamers (people or organizations) with over 100 million unique monthly users, who consumed 292 billion minutes of content. To put these numbers into perspective, at the end of 2016 Netflix had 93.8 million subscribers worldwide. Twitch itself, stands to be valued at $20 billion by 2020, generating an estimated $1 billion in revenue yearly. Within their online influencers are 14,000 high profile streamers, who generated over $60 million in ad revenue and subscriptions for 2016. Streamers advertise sponsors by using their logos or images on their feeds, using products, or doing shout-outs. Popular channels can have anywhere from 1,000 to 40,000+ viewers watching them play games, chat, or hangout. Many of them also receive cash donations from fans, most them under $25 but can get as high as $50,000 and more!

High profile sports teams, athletes, companies and celebrities are starting to invest as well. NRG Esports recently received a huge investment of a reported $15 million from an investment group. They included celebrities and athletes like Jennifer Lopez, Alex Rodriguez, Marshawn Lynch, and Shaquille O’Neal. Newzoo, an authority on esports recently published a market report, which states that in 2017 brands are expected to spend $155 million on advertising alone. This will see an increase of 21% year over year! So, keep an eye on the esports industry as it will continue to grow, as many see the investment opportunities in a flourishing, exciting, and relatively new venture.